At least not in the “Hi, my name is Julie, how are you?” sort of way. The man had long been a memory by the time I made my entran

ce into the world, in fact. I heard of him occasionally and a few years back my family and I drove up to his gravesite high on the Rims. There wasn’t much to see, it didn’t tell much about his story, and it was more or less the last time I thought of the man.

Until a few months ago. at least. That’s when I was asked by the Billings Chamber of Commerce to work with them on a piece highlighting the work being done to not only restore his final resting place, but to create a beautiful interpretive site to tell his story as well as provide a glimpse into the lives of those who lived in Yellowstone during the time he was becoming so well known here.

Learning and writing about Luther Sage Kelly (aka Yellowstone Kelly) was fascinating. The man was a well-schooled New Yorker who was destined to go into his father’s business, but instead joined the Army and ended up in the West. He was an explorer of country and of life, a man who was bold and brash and all of those things we want a frontiersman to be. He once used a bear’s paw as a calling card to a General.  Yes, feel free to re-read that. A bear’s paw. It worked–he scouted for the General for many years to come.

Yellowstone Kelly could have been buried at Arlington National Cemetery. His military career earned him that honor. He chose instead to be buried in Montana, and Billings has the privilege of having his legacy as part of our own. Time hasn’t been kind to the gravesite, nor have decades worth of parties on the Rims. But now Yellowstone Kelly has the opportunity to be better known and better remembered thanks to the efforts of the Chamber and those willing to support the effort.

It was good to get to be a part of it.

Learn more for yourself here: http://bit.ly/1LykCsx 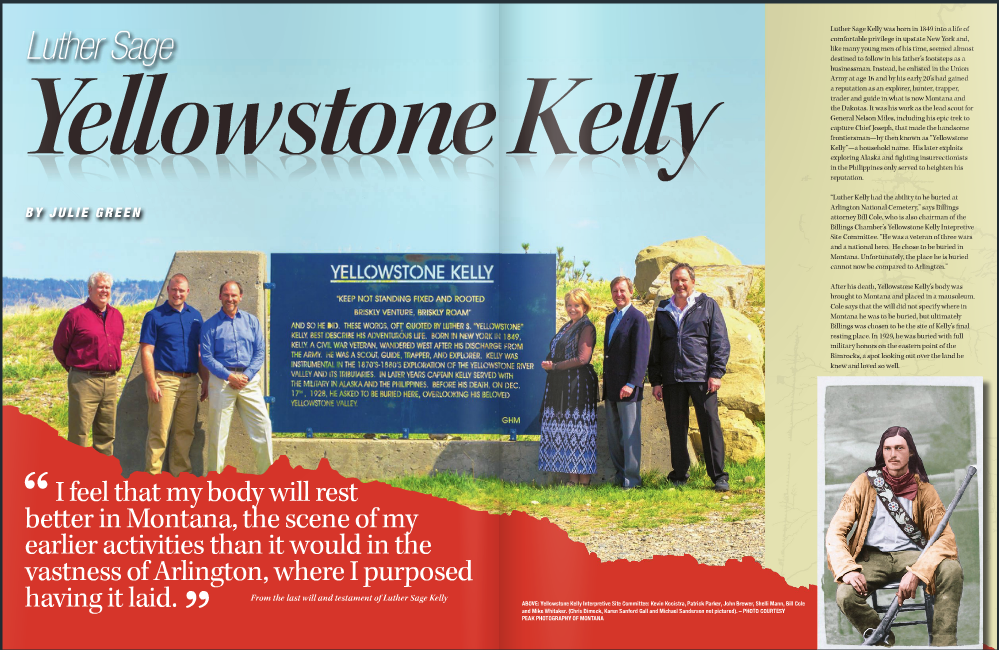